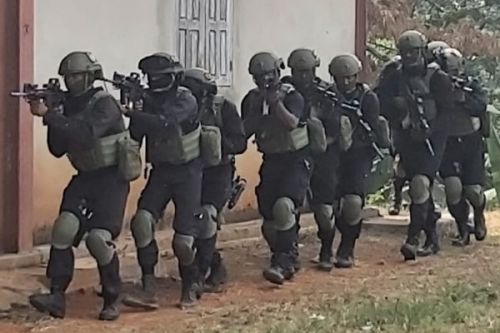 Five gendarmes were killed in a separatist attack on the night of June 7 to 8, in the locality of Njitapon.

Security sources reported they were members of the multipurpose intervention group of the National Gendarmerie (GPIGN), an elite unit of the Gendarmerie. The separatists attacked the gendarmerie station in the area, burned it, killed the victims, and burned their bodies, we learned. Two survivors were transported to a hospital. None of the attackers were arrested.

Reports, which SBBC could not confirm from independent sources, also indicate that the attack was carried out by "General No Pity (Mbashie Clement)," a militia leader of the separatist group the Marines of Bambalang.

As a reminder,  Mbashie Clement has been actively sought by the military since September 16, 2021. On that day, his group ambushed a patrol of about 15 soldiers from the Rapid Intervention Battalion (BIR) and killed them all.