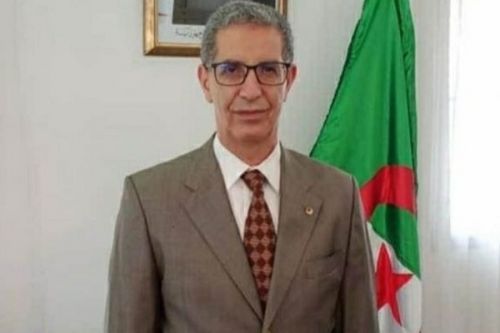 Cameroon will face Algeria this month in a two-legged tie for one of the five spots reserved for Africa in the FIFA World Cup Qatar 2022. The first match will take place on March 25 at the Japoma Stadium in Douala. In the preparation for this match,  Boumediene Mahi (photo), Algerian ambassador to Cameroon, sent a request to Minister of Public Health Manaouda Malachie asking the Cameroonian official to take measures to facilitate access to the stadium for Algerian supporters.

The two officials agreed to replicate measures applied during the AFCON2021 semi-final match between Cameroon and Egypt "provided the fans are PCR-tested, 72 hours before their departure from Algeria," said the Ministry of Public Health.

This match will be carefully scrutinized, after the controversy raised by Djamel Belmadi, Algeria’s coach, on the state of the turf at the Japoma Stadium during the 2021 Africa Cup of Nations. Nevertheless, Boumediene Mahi indicates the match will be a joyful moment celebrating African soccer.

"Whatever the stakes of this match, we want it to first be fraternal. We want to make it a soccer festival to strengthen the relationship between our two teams," said Boumediene Mahi, after an audience with the Minister of External Relations (Minrex), Lejeune Mbella Mbella, on February 24 in Yaoundé. The return match is scheduled for March 29 at the Mustapha-Tchaker Stadium in Blida, Algeria.