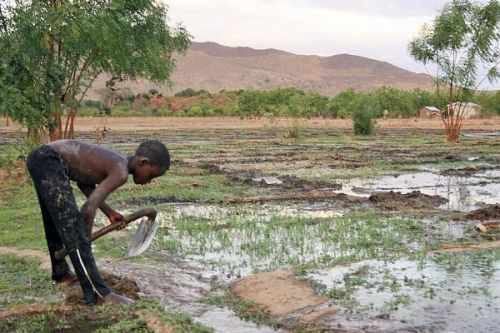 Over 2,377 hectares of crops were destroyed by granivorous birds in the Mayo-Tsanaga, Mayo-Sava, and Logone et Chari, between January 1 and 31, 2022. This estimate is presented by the UN Office for the Coordination of Humanitarian Affairs (OCHA) in its report on the humanitarian situation in the Far North.

The food insecurity that ensued was so acute that in the framework of its school feeding program, the UN and its partners distributed hot meals to 53,000 children, including 21,451 girls. In addition, 4,400 households (22,968 people) received food in Mayo-Tsanaga, Mayo-Sava, and Logone et Chari. Food assistance was also provided to 3,096 households (19,737 people) via the CASH component, the organization reported.

In a previous report, the UNOCHA indicated that in the Far North region, the poorest families were facing acute food insecurity. According to the NGO Action Against Hunger, some 901,042 people will have great difficulty feeding themselves in the coming months due to several well-identified causes.

For UNOCHA the causes include "insecurity, rainfall scarcity, attacks by granivorous birds and pachyderms on crops,” which seriously disrupted the 2021 agricultural season and “constitute a threat to food security in several” neighborhoods.