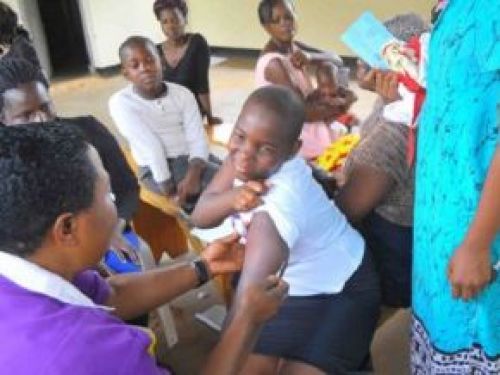 The Cameroonian ministry of health announced a massive vaccination campaign against the human papillomavirus (HPV) and other papillomaviruses to protect young girls against cervical cancer. The campaign, which targets nine-year-old girls, is scheduled for September 23-27 this year.

In support of this action, Marie Thérèse Abena Ondoa, the Minister of Women and Family, invited her collaborators to “ensure wide dissemination of this information to women and families, collaborators, managers of centers for the promotion of women and the family, promoters of nurseries and day-care centers.”
According to the World Health Organization (WHO), vaccination against cervical cancer is mandatory in Cameroon, which is ranked among the countries with the highest prevalence of HPV in the world. According to the UN body, out of 2,000 tests carried out in 2018 on adult women, 40% were positive. And cervical and breast cancers are the most prevalent. However, according to the WHO, this data could be largely underestimated due to the weakness of the national cancer registration system.”

Noting that the disease is generally diagnosed during the terminal phase, WHO has recommended that Cameroon vaccinate girls aged 9 to 14 years. WHO says this is the most cost-effective public health measure to fight the disease.