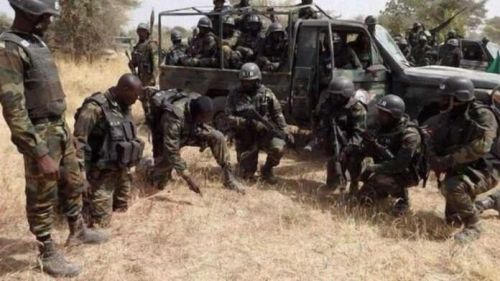 In its December report on the security and humanitarian situation in the Far North region, the UN Office for the Coordination of Humanitarian Affairs (OCHA) noted an increasing recourse to complex attacks like those involving Improvised Explosive Devices (IEDs).

The UN does not provide figures to back its assertion. It simply adds that apart from IEDs, other types of attacks, such as "ambushes and simultaneous shootings by NSAGs (Non-State Armed Groups) along borders with Nigeria," are also on the rise.

Those attacks represent "a risk to civilians and humanitarian organizations who may become collateral damage,” the report states.

Boko Haram attacks against civilians are ongoing in several localities in the Far North along the border with Nigeria. Sembe Tv, a news network that highlights “the voices of people living in Cameroon's conflict-stricken communities,” reveals that on the night of December 26 to 27, 2021, in Namba (Mora district), four people were killed in a Boko Haram attack.

Throughout December 2021, Boko Haram attacks were recorded in the region where the regular army has been fighting the Islamist sect since 2014.