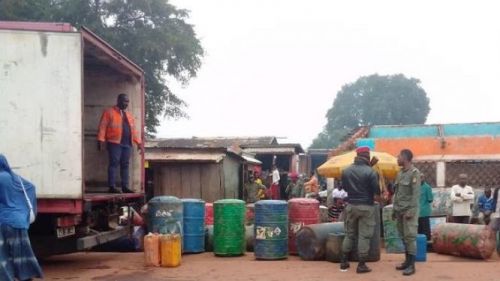 Cameroon: Over 12,000 liters of contraband fuel seized in the Eastern region

The national anti-oil fraud brigade seized last October 7 12,060 liters of contraband fuel in the locality of Tongo Gadima, East region. The information was reported by the Ministry of Water and Energy (Minee), which controls this brigade.

“The smugglers were not aware of the presence of the brigade officers. They caught them off guard and immediately started a search. The officers searched suspicious areas, stores, and even some homes. They finally discovered a large number of smuggled petroleum products,” the information note reads.  However, no detail is given about the country of origin of the seized fuel.