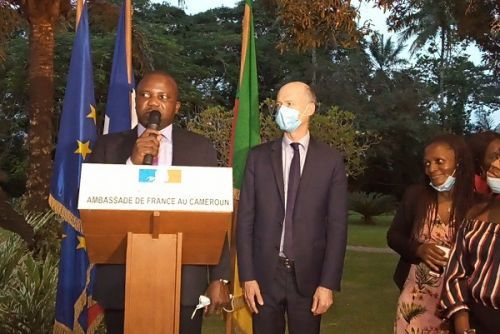 The French Embassy in Cameroon announced financing of CFA196 million to support projects aiming at defending women’s rights, maintaining peace, and protecting the environment. The resource is granted as part of the “innovative projects of civil societies and coalitions of actors” (Piscca) for 2021. Eight associations were selected to benefit from the support following a call for proposals. These include Northwest-based eBase Africa, which advocates for the elimination of sexist and sexual violence in Cameroon, and Mis Me Binga, which advocates for gender equity.

The selected associations will partake in peacekeeping activities (mainly in the NoSo regions). They will also work to protect the biodiversity and forests in protected areas, promote women’s rights and fight sexist and sexual violence in all forms.

As a reminder, the French Embassy granted CFA251 million to 10 associations for such projects last year.