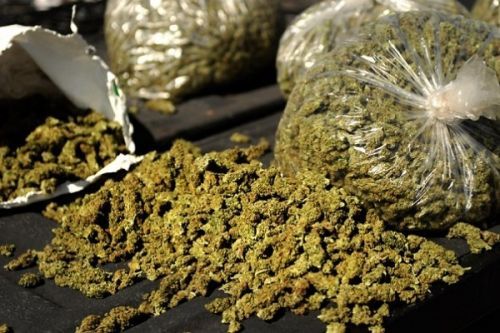 Drug use: Cameroon is becoming a hub for production and excessive use, MINSANTE warns

Cameroon, which was just a transit route, has become a hub where psychotropic substances are cultivated, imported, and even excessively used. This was revealed by the Minister of Public Health (MINSANTE) Manaouda Malachie on July 8, 2021.

“Available data show that over the past ten years, in Cameroon, drugs use has grown significantly to such an extent that our country, which was just a transit route, is now a psychotropic substances destination and cultivation area where these substances are excessively used,” the official said.

Currently, there is not enough credible public data to evaluate the extent of that growth. The recently available figures published by the national anti-drug committee (CNLD) reveal that 21% of Cameroon nationals have already experimented with hard drugs once and 10% of them are regular hard drug users. Of the regular users, 60% are aged between 20 and 25.

In the country, there is a large range of drugs in circulation. They include tobacco, alcohol, and contraband drugs. The most-used drug is cannabis (58.54%), ahead of Tramadol (44.62%), the antidepressant used as hard drugs.

In its 2020 World Drug Report, the United Nations Office on Drugs and Crime (UNODC) pointed out that between 2010 and 2017, Africa recorded the highest rise in cannabis use. It also indicated that in 2017, 88% of the Tramadol seized worldwide were confiscated in Africa. The numerous seizures and arrests made in recent years prove the extent of drug trafficking in Cameroon; even students are involved.

According to a survey carried out in 2019 by the MINSANTE, 12,000 young citizens aged between 13 and 15, claim they have once used cannabis. Such figures could worsen if adequate measures are not taken, specialists warn.

Preventive measures have already been initiated, we learn. For instance, in 2015, addiction prevention and care centers were set up. Awareness campaigns are also organized on the dangers of drugs. Also, in the framework of the International Day against Drug Abuse and Illicit Trafficking, celebrated every June 26, health authorities recently organized a series of activities like awareness campaigns and marches in the ten regions. "The objective is to fight misinformation about drug use and promote the dissemination of health risks associated with such use and suggest solutions to this plague," the MINSANTE informed.