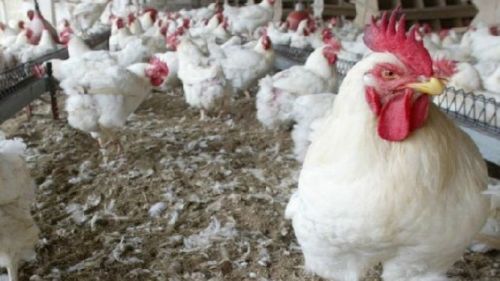 Cameroon on alert over bird flu

Cameroon is on high alert for bird flu since the disease erupted in Europe, mainly in Denmark, Germany, the UK, the Netherlands, Russia and Israel. These are countries where Cameroon sources poultry products from.

Cameroonian authorities are stepping up efforts to make sure the virus does not enter the territory. The Minister of Animal industry, Dr. Taïga, has instructed actors of the sector to temporarily stop the importation of day-old chicks, hatching eggs, and other poultry products from the affected countries.

The official also asks his staff to take all necessary preventive measures to avoid the introduction of the disease through imports. "You should please strengthen border surveillance and rigorously enforce veterinary health inspection measures following the terms of the July 25, 2006 decision banning the importation of certain species susceptible to avian influenza and certain breeding materials," he recommended.

A letter was sent in that regard to veterinary services, the director of development of animal production and industries, as well as regional delegates and heads of veterinary health inspection posts at ports and airports.

Dr. Taïga also instructs that weekly reports of activities carried out in the field are sent to his department. Between 2016 and 2017, Cameroon was the victim of an epizootic of avian influenza, with high poultry mortality in several outbreaks in the Central, South, West, Adamaoua, and the Littoral regions. This epizootic was caused by highly pathogenic avian influenza H5N1 viruses, but no human cases were identified.