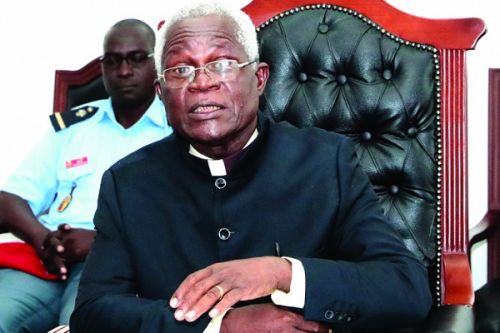 CONAC prevented the misappropriation of CFAF 1,652 bln between 2011 and 2017, Dieudonné Massi Gams says

Dieudonné Massi Gams (photo), President of the National Anti-Corruption Commission (Conac), took the opportunity of the celebration of the African Anti-Corruption Day to take stock of his commission’s achievement between 2011 and 2017.

Speaking to the press on July 10, 2020, the president of the Conac revealed that during this period, his commission prevented the embezzlement of CFAF1,652 billion, much to the benefit of the public treasury. This amount which equals an annual average of CFAF236 billion betrays the extent of corruption in Cameroon. This real scourge has been resisting despite the actions and progresses made in the fight against corruption.

For Dieudonné Massi Gams, "2020 must be considered as one of the decisive stages in the history of the fight against corruption in Cameroon." Indeed, on April 1, the President of the Republic, Paul Biya, signed a decree ratifying the African Union Convention on Preventing and Combating Corruption - adopted on July 11, 2003, in Maputo, Mozambique.

But, the president of Conac agrees that, for greater effectiveness in the fight against corruption, strong judicial institutions are also required. In a letter addressed to the president of the Republic on November 23, 2018, the president of Conac denounced the 'rampant corruption of magistrates'. In order to remedy this, he recommended a "profound reform of the high judicial council to lighten and speed up the procedures aimed at sanctioning magistrates, whose impunity accentuates the practices that are criticized."

The theme chosen this year by the African Union for the African Anti-Corruption Day reinforces the position of the Conac: "Fighting corruption through efficient and effective judicial systems."

Dieudonné Massi Gams is convinced that in Cameroon, a text implementing Article 66 of the Constitution requiring public officials to declare their assets would be the icing on the cake. Especially if this text is accompanied by the adoption of a law on corruption.