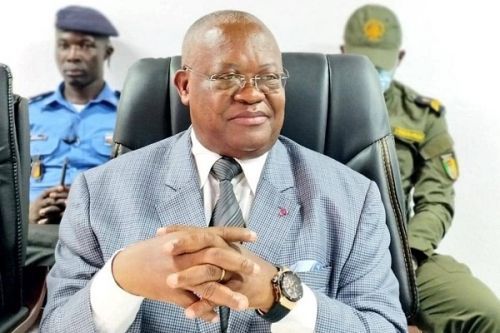 The Cameroonian Minister of Public Service and Administrative Reform (Minfopra), Joseph Le (pictured), threatens to punish workers who are often late or absent. "I invite all Minfopra staff to be at work on time, under penalty of compliance with the disciplinary procedures in force," the official wrote in a September 12 memo.

He explained that the department’s workers being on time reflects the “materiality of the obligation to serve and to devote themselves to the service", per the decree of March 20, 2001, setting out the modalities for evaluating the professional performance of public servants. This obligation is itself contained in the decree of October 7, 1994, on the General Statute of the Civil Service of the State, amended and supplemented by the decree of October 12, 2000, he adds. Consequently, the failure of a public servant to comply with this obligation "exposes him to administrative and financial sanctions provided for by the regulations in force”. Joseph Le says that cases of regular absenteeism and lateness have been recently reported in the central services and the regional delegation in the central region.

"These cases of indiscipline are real obstacles to the efforts made daily to improve the quality of services in our department,” he said. While deploring these behaviors contrary to administrative ethics and deontology, Joseph Le recalls that work in the Cameroonian public administration takes place every working day from 7:30 a.m. and is likely to "extend to late hours" for some officials.

In Cameroon, the absenteeism of civil servants and state agents has become a national plague. For Viviane Ondoua Biwole, an expert on governance and development issues, the problem is due to “illnesses, maternity, missions, political activities and poor work organization”. According to her, the Covid-19 pandemic and its consequences in terms of individual lockdown have made it worse. Authorities in the country believe that the fight against absenteeism is particularly important for the principle of continuity of public service, good functioning and quality of service. Last year, nearly 500 civil servants and government employees were dismissed or revoked for irregular absences.