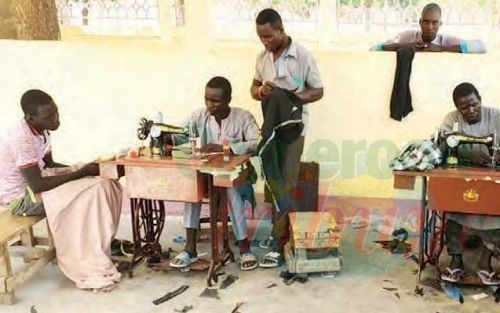 Socio-professional reintegration: the Demobilization and reintegration commission CNDDR claims to have already found jobs for 70 ex-combatants

Dozens of ex-combatants who voluntarily surrendered have been able to enter the labor market, according to Francis Faï Yengo, national coordinator of the National Committee for Disarmament, Demobilization, and Reintegration (CNDDR). "Seventy of the combatants who surrendered are already settled and have found jobs,” he said on state media.

The commission CNDDR was created by a presidential decree on November 30, 2018, to welcome and organize the social reintegration of repented Boko Haram combatants (fighting in the Far North mostly) and members of armed separatist groups fighting in the Anglophone regions since October 2016.

In the three northern regions, the regional centers of the CNDDR trains repented combatants in agriculture, animal husbandry, masonry, carpentry, and sewing to prepare them for reintegration into active life.

To offer them the best support they need, the Head of State decided to build additional multipurpose centers for the CNDDR but the residents of the existing centers are complaining about their living conditions.

According to the figures disclosed by the national coordinator, the CNDDR is currently hosting some 1,301 residents in its centers; 840 are hosted in Mora, 227 in Buea, and 234 in Bamenda.