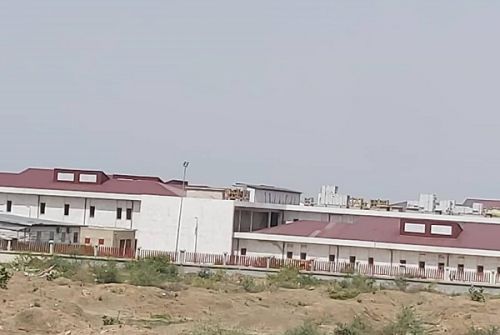 The construction of Maroua Regional Hospital (RHC), in the Far North, was launched on May 13, 2017. Normally, the works would have been completed within 18 months but after several deadline extensions, they are yet to be completed.

"The obvious fact is that there is not much progress in the construction works. The company in charge of the construction [Ed.note: Alliances Construction] seems not interested in giving all it has for the completion of the work,” said Minister of Public Health Malachie Manaouda during a field visit yesterday, March 14.

During the visit, the Alliances Construction’s spokesman explained that the management had decided to “prioritize” other sites, the Ministry of Public Health reports. Meanwhile, after three deadline extensions between 2018 and 2020, the works were expected to be delivered on September 30, 2021. The contracting company justified the deadline extension requests by the shortage of qualified workers and equipment supply difficulties.

To conclude his visit, the Minister of Public Health ordered the company in charge of the construction works to accelerate the pace of the works adding that the government is no longer willing to grant another deadline extension.

A similar situation is observed with the Bertoua regional hospital in the east. Five years after the launch of its construction works, the hospital has not been completed yet and the company in charge of the works was requesting another deadline extension.

Those infrastructures are part of the eight regional hospitals to be built in the country in the framework o the health component of the 3-year plan Planut. To date, only the regional hospitals of Ebolowa (South) and Bafoussam (West) have been delivered and are operational.