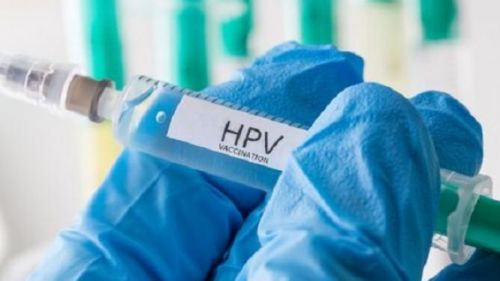 The cervical cancer vaccination campaign that was cancelled last year will finally take place next September 23-27 across the national territory. The campaign targets young girls aged 9 to 13, who are considered unexposed yet, through sexual activity, to the risk of contamination by the human papillomavirus (HPV), which is responsible for most cervical cancers.

In Cameroon, cervical cancer is the second most common female cancer and accounts for 14.9% of cancer cases occurring in the country, according to the latest global data on the disease (Globocan 2018). There are two effective ways to prevent it: early detection (Pap smear) and HPV vaccination for primary prevention before the first sexual intercourse.

“When you vaccinate a young girl who has not yet had sex, the vaccine will produce antibodies in her body that are like policemen for the body. As for this vaccine, it has to be present in the body before the virus arrives. So, when the person begins sexual activity, the virus will no longer have access to their body because it will be destroyed immediately on the first contact and that's how the girl is protected from cervical cancer,” said gynecologist François Dadao in an interview.

Gardasil is currently the only vaccine marketed in the country to fight cervical cancer. In particular, it protects against four types of papillomavirus (6, 11, 16, and 18), which are responsible for these diseases. Three doses, taken at intervals of two and six months, are required for full immunization. However, some people are reluctant to get their daughters vaccinated due to a controversy over the “dangerousness” of this vaccine.

But specialists reassure of its effectiveness, explaining that side effects may occur afterward, but that they are mostly mild and transient. The World Health Organization (WHO) recommends that countries include routine HPV vaccination in national immunization programs. This is to strengthen cervical cancer prevention activities. In 2010, a pilot project vaccinated more than 10,000 girls aged 9 to 13 years in Bamenda, the regional capital of the north-western region.

A demonstration phase of HPV vaccination in 2014 was carried out on more than 22,000 girls in the health districts of Edéa (Littoral) and Foumban (West). The health authorities ensure that the monitoring of post-immunization complications did not reveal any “serious” problems among the vaccinated subjects. A similar vaccination campaign, scheduled from 27 November to 1 December 2019, had been cancelled. The authorities have not officially communicated the reasons for the cancellation.