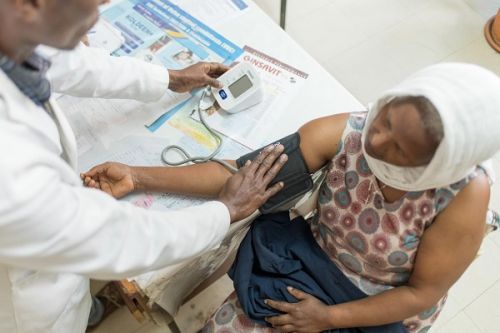 The World Health Organization has released a report that outlines the progress made in the fight against non-communicable diseases worldwide. The NCDs Progress Monitor 2022 found that they are the leading global cause of death and are responsible for 74% of deaths worldwide.

Since the beginning of the year, 38% of the deaths reported in Cameroon were due to NCDs. This is 74,100 people overall. The document indicated that Cameroon “has set time-bound national targets based on WHO guidance.”  However, the country is still far from achieving the objectives set in its “operational multisectoral action plan.” The focus was on reducing the effects of key risk factors identified by the WHO: "smoking, poor diet, lack of exercise, and harmful use of alcohol, which in turn lead to overweight and obesity, high blood pressure, high cholesterol, and ultimately disease.” According to the international body, Cameroon has not yet succeeded in reducing the accessibility of cigarettes. Also, the country is struggling to launch large-scale media campaigns to warn the general public about the dangers of tobacco, although efforts to ban tobacco advertising were made.

WHO noted that the same efforts have not been made to ban alcohol advertising. Unhealthy eating is also very common in the country and the government is still struggling to adopt national policies to reduce salt, sodium, and saturated fatty acid consumption.

Tedros Adhanom Ghebreyesus, the WHO MD said, however, that "there is a long way to go to overcome NCDs." He is convinced that now is the time to act at the national and local levels to "ensure a healthy future for millions of people."

Since 2017, WHO has developed 10 indicators to track each country's progress in tackling NCDs, the most well-known of which are diabetes, cancers, cardiovascular disease, and chronic respiratory diseases. In the last WHO report on NCDs, published in 2020, Cameroon's report card indicated that these diseases were responsible for 35% of deaths over the year.