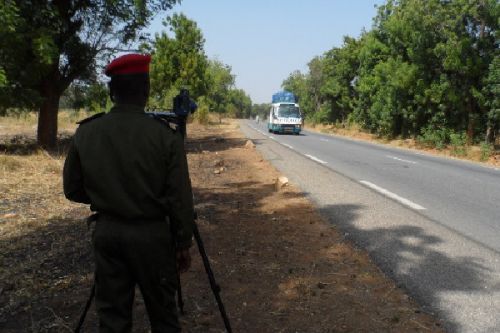 Their speeds were beyond 56 km/h, far higher than the 50km/h authorized on the road that connects Douala to Bafoussam.

During the suspension period, the offenders "are prohibited from any driving activity," the communiqués reveal. These drivers were suspended in the framework of the special awareness, prevention, and road control campaign "Operation Zero Accidents," which runs from October 5 to November 29, 2020, and November 30, 2020, to January 31, 2021.

If the suspended drivers are caught speeding again, their licenses will be revoked and they will not be able to sit for driver's license exams for five years.

"We have a computerized system. If these people try to drive and are stopped by the police, they will be exposed to the most severe penalties provided for by the regulations in force," said Divine Mbamome Nkendong, director of road transport at the Ministry of Transport, in an interview published by government daily Cameroon Tribune on November 12, 2020.

According to the latter, the Ministry of Transports has the files of over 100 drivers caught for excessive speeding in the framework of that operation. He also promised that those cases would be gradually handled. “We don’t want to see any more bloodshed on our roads,” he added.

The objective of this campaign is to reduce the number of road accidents during the back-to-school and holiday seasons, which are considered the most accident-prone periods in the country.

Apart from excessive speeding, drunk drivers, or those driving under the influence of any sort of drug or even those who park their vehicles inappropriately will also be punished during and after the campaign, Divine Mbamome Nkendong indicates.

Every year, Cameroon records an average of 16,000 road accidents that kill over 1,200 people, according to official figures.

During a working visit in 2018, Jean Todt (the UN secretary general’s Special Envoy for Road Safety) declared that 90% of those accidents were due to “human errors.”

Let’s note that road accidents are the second cause of death in Cameroon, after malaria.