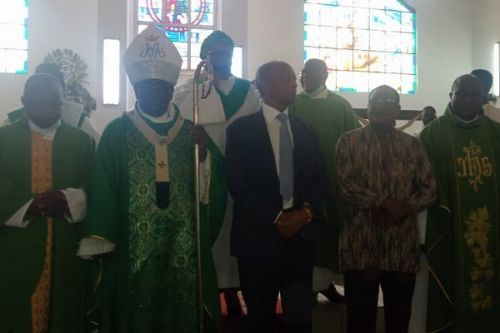 The President of the Confederation of African Football (CAF), Patrice Motsepe, has donated $200,000 (about CFA115mln) to the Catholic Church in Cameroon. The money was channeled through the Patrice Motsepe Foundation.

The South African tycoon announced the donation during a religious service he attended yesterday at the St. Joseph Anglophone Parish in Mvog-Ada, Yaoundé. The service was also attended by Veron Mosengo-Omba, CAF Secretary General, sources revealed.

Motsepe was elected the CAF President on March 12, 2021. On January 9, he took part in the AfCON opening ceremony at the Olembe Stadium.