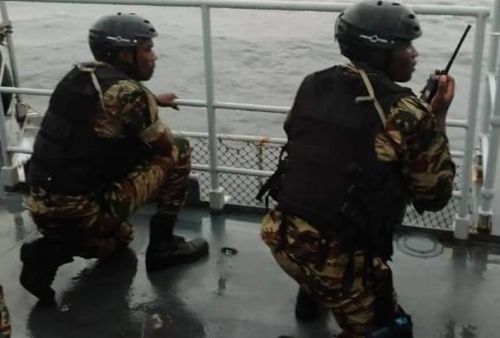 Although the Ministry of Defense has not confirmed the information, local security reported that four soldiers of the 21st Marine Rifle Battalion from Ekondo, in the southwest, were ambushed by a separatist armed group on February 14th at around 11 a.m. in the village of Bekora Barombi.

During the attack, three of the four soldiers were killed, while the fourth was seriously wounded and taken to the Ekondo infirmary for intensive care. Because of armed gangs active in the area, the military hierarchy erected an outpost at Bekora Barombi.

In the area, on November 26th, 2020, "a patrol of soldiers of the 21st Marine Rifle Battalion was ambushed by the separatists. The separatists opened fire killing three of our soldiers," local media reported at the time, quoting Nwafua Lawrence Forwang, Prefect of Ndian Department.  Also, on November 19th, 2020, two constables and a civilian were killed by separatists at Kissem in Bui, North-Western region.

Since the onset of the socio-political crisis in 2016 in the North-West and South-West regions, the army has already lost many agents, killed by the explosion of improvised explosive devices, during ambushes, or during fights with separatist armed groups.

In December 2018, the President of the Republic created the National Committee for Disarmament, Demobilization, and Reintegration (CNDDR) to receive combatants who want to leave the ranks of the separatist rebellion. Hundreds of those ex-combatants have already been received at the CNDDR centers in Buea and Bamenda, where the government is trying to reintegrate them into civilian life.