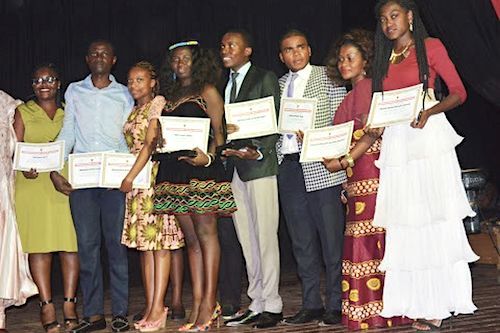 Cameroon has just kicked off the fifth edition of the Young Writers’ National Contest to identify promising writers.

For this fifth edition, 16-35-year-olds are invited to write on the theme "Cultural diversity in Cameroon in a Covid-19 context." This is an opportunity for them to develop their imagination and invent stories inspired by the genres of short stories and poetry. The contest is open to young Cameroonians of both sexes, living in the country or abroad, and who have never been published.

To participate, candidates have until May 31 to send their texts in French or English. General criteria such as the originality of the subject, the capacity of imagination, and the quality of the language will be taken into account by the jury to decide between the candidates. "This competition aims to encourage and promote creative writing among young people on the one hand, and to strengthen the national literary production in quality and quantity on the other hand," said the Ministry of Arts and Culture (Minac).

This includes stimulating more young people to write and project them towards excellence to strengthen Cameroon's leadership in literature in Black Africa. "The consecration in 2017 of the young compatriot Blick Bassy as the winner of the Grand prix littéraire d'Afrique noire with his first novel "Le Moabi cinéma" confirms this quality recognized in our different generations of writers and raises the need to preserve it,” said the Minister Pierre Ismael Bidoung Mkpatt at the launch of the 4th edition in March 2019.

Cameroonian literature continues to receive awards internationally. The latest award is that of the writer Djaïli Amadou Amal who received in December 2020 the Goncourt des lycéens for her novel "Les impatientes".