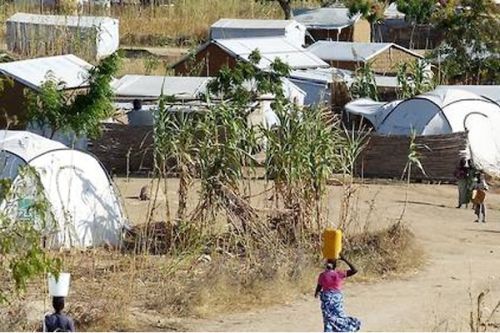 The United Nations High Commissioner for Refugees (UNHCR) reports that 102 refugees in Cameroon have tested positive for Covid-19 since the outbreak began on March 6, 2020, in the country. On Saturday, a woman died due to respiratory distress.

To ensure better case management and support Cameroon's response to the disease, UNHCR on Wednesday, March 17, donated health equipment to the Ministry of Public Health (Minsanté).

The donation consists of three ambulances, 181 oxygen concentrators, four respirators, and 220 pulse oximeters. It is intended for health facilities in communities hosting refugees in the East, Adamaoua, North, and Far North regions, UNHCR said. The equipment will be used to care for both refugees and host populations. According to the UN agency, 79 cases have been recorded among refugees in these four regions.

"We have 430,000 refugees in Cameroon, as well as many internally displaced persons and when the pandemic was added to the crises that these people suffered when they fled their countries, our great fear was that we would have a large number of refugees who were suddenly infected," said Olivier Guillaume Beer, UNHCR representative in Cameroon, on public radio.

To contain the spread of the disease in host sites, UNHCR has stepped up efforts to protect refugees and humanitarian workers, as well as host communities who use the same health facilities, water points, and schools.

Hand-washing systems have been set up everywhere, soap was distributed, and small groups and door-to-door awareness-raising sessions were organized. In the East and the Far North, in particular, refugees have been asked to help make washable masks to compensate for the lack of protective equipment. Isolation centers have also been built in centers in Garoua-Boulaï and Batouri in the East, in Meiganga and Djohong in Adamaoua, in Touboro in the North, and in Mokolo in the Far North. "Vigilance is required. It is not a question of giving in to panic but of respecting the measures prescribed by the WHO and the government," said Wahid Ben Amor, head of the UNHCR sub-delegation in Bertoua (East), during a crisis meeting with humanitarian actors.