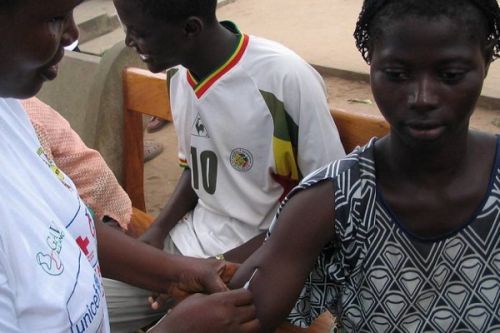 During an address before the national assembly yesterday November 19, 2020, the Minister of Public Health (Minsanté) Manaouda Malachie denounced the rumors published on social media by some groups who stand against the vaccination of girls against cervical cancer.

He also denounced some "anti-vaccination lobbyists," "denialists" and religious authorities encouraging their followers to not get vaccinated against cancer.

He explains that because of the groups’ advice, people have stopped coming for vaccination. The immediate corollary of this is "the resurgence of measles epidemics (79 health districts in eight regions experienced a measles epidemic in 2020) and type 2 poliovirus, of which only one case can cause an epidemic due to its high contagiousness," the Minsanté says.

The Minsanté is also concerned about "a gradual decline in immunization coverage such that to date, three out of 10 Cameroonian children are not vaccinated and are therefore exposed to diseases for which there is a vaccine.”

In the first half of 2020, for instance, of the 443,615 children expected, only 349,003 were vaccinated. That's a gap of about "100,000 children at risk of vaccine-preventable diseases.” This could cause epidemics, Manaouda Malachie believes.

The address before the national assembly on November 19, 2020, follows the fierce controversy surrounding the introduction in Cameroon of Gardasil, a vaccine against human papillomavirus (HPV), the pathogen responsible for cervical cancer.

Religious authorities, particularly within the Roman Catholic Church, have been opposing the vaccine for months. In the dioceses of Obala, Nkongsamba, and Doumé, it has been "formally banned" in the health and educational facilities.

On November 6, 2020, the National Episcopal Conference asked for a "profound reflection, both scientific and ethical" on the matter.