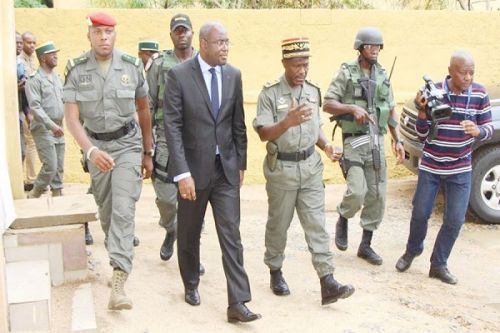 Galax Etoga, for instance, pointed out that some gendarmes ‘beg’ for money and support or even require the payment of “undue” sums for various services and/or when meeting with users and officials. Such conduct violates the code of ethics of the gendarmerie, he recalled.

He also instructed commanders to "put an end to the aforementioned behaviors as soon as possible through effective awareness-raising visits to each post and mobile gendarmerie squadron.” He also ordered them to meet with all unit commanders and sanction "with the utmost rigor" the culprits of such acts.

The SED also invited commanders to list the squadrons found guilty of such acts and transmit those lists to the hierarchy so that the squadrons can be replaced.

In addition, the commanders must report, within two weeks, the measures taken to put an end to the decried misbehaviors.

The National Gendarmerie is one of the most corrupt public administrations in the country. The 2020 report on corruption in Cameroon ranks law enforcement as the third most reported administration (out of 13) for corruption and related offenses.

To compel gendarmes to adopt good behaviors, the SED set up a toll-free number (1501) in April 2018. Through that number, users can report corruption, abuses, torture, and related offenses carried out by law enforcement agents. In 2019, about 100 gendarmes were sanctioned after users reported them for extortion, abusive police custody, and tampering with evidence.