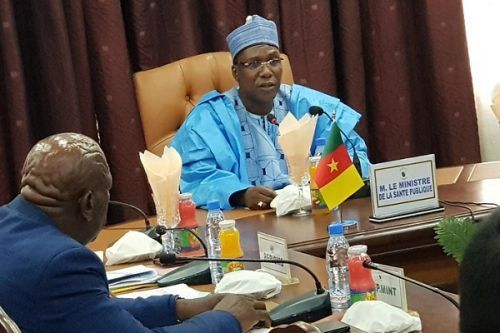 In an interview broadcast on CRTV on April 20, the Inspector General of Pharmaceutical Services and Laboratories at the Ministry of Public Health (Minsanté), Dr. Solange Kouakap, accused other ministries and public administrations involved in the fight against fake drugs of not doing their job. “When we talk about the fight against fake drugs, we only see the Minister of Public Health, but the fight involves other ministries as well, and they should play their role,” she said.

She regrets that the Minsanté is the only ministry to fully play its role in this fight, despite the magnitude of the phenomenon and its impact on the health of the population. "The Minsanté does what it is supposed to do, that means to ensure the items sold on the market are of good quality, especially with the control of imports to block anything fake that may enter the territory," she said.

But these efforts can only really bear fruit if all stakeholders are actively involved in the fight against illicit drugs. “We are calling on the other administrations to get into the game so that the crackdown, which also depends on them, can take shape. We have seen the sub-prefect of Yaoundé 6 asking for the closure of all illicit agencies in his district. So we want all the others to follow. (...) Fake medicines affect health, the economy, and security. So, the other administrations must stand up," she added.

As part of this initiative, a multisectoral National Committee was created on November 18, 2019. This committee, which aims to better coordinate the fight, is chaired by the Minsanté. The Prime Minister's Office is represented, as well as the Ministries of Justice (Minjustice), Territorial Administration (Minat), Finance (Minfi), Livestock, Fisheries and Animal Industries (Minepia), Trade (Mincommerce), the Secretariat of State for Defense, in charge of the Gendarmerie (Sed) and the General Delegation for National Security (DGSN). Its mission is to provide strategic guidance for the fight against fake drugs and illicit trafficking in pharmaceuticals and coordinate, monitor, follow up and evaluate the implementation of the National Plan implemented with the support of Interpol and development partners.