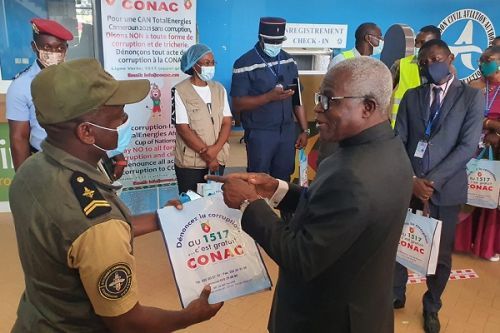 Conac encourages whistleblowers to use the online platform

The President of the National Anti-Corruption Commission (Conac) launched today April 21 in Ngaoundéré, Adamaoua, a campaign to invite whistleblowers to use the Commission’s website to denounce any act of corruption they know about. He also made its WhatsApp number (658 262 686) and e-mail address (Cette adresse e-mail est protégée contre les robots spammeurs. Vous devez activer le JavaScript pour la visualiser.) available. The ceremony took place in the amphitheater 750 of the University of Ngaoundéré.

“This is a new communication strategy to fight against corruption. The population can thus denounce all forms of corruption from their mobile phones to avoid the hassle of traveling," he said according to comments reported by Cameroon Tribune.

As a reminder, a toll-free number was created in April 2018 to collect denunciations of acts of corruption. In December of the same year, Conac reported that more than 23,000 denunciations had been transmitted via the number.