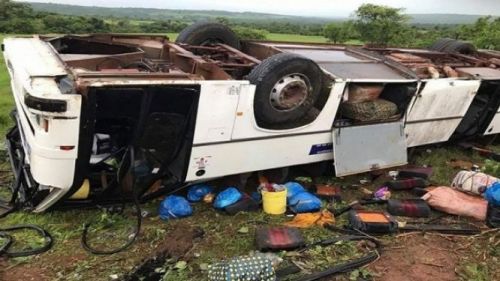 Cameroon is banking on technology to reduce road accidents. On February 18, the country signed a contract for the centralized management and monitoring of the intercity passenger transport project, whose pilot phase was launched on September 27, 2021. This innovative project is implemented in the framework of a public-private partnership between the State of Cameroon, Camtrack (specialist in geolocation solutions), and MTN Cameroon.

Thanks to the smart cameras installed on the monitored cars, the controls will go beyond the equipped cars.

Specifically, whenever the equipped cars travel, the "road network will be checked  (...) in search of obstacles, risky road portions, cars with erratic behaviors and many other things.”

On January 4, 2022, an accident involving a General Express Voyages’ bus on one of the accident-prone Douala-Youndé axes was recorded by the system tested during the pilot phase. The video posted on Facebook shows the driver’s behavior before and during the accident. It notably hinted that fatigue, drowsiness, distraction, excessive speeding, and the driver's failure to wear a seatbelt are among the causes of this umpteenth accident on Cameroonian roads.

Traffic accidents are the second leading cause of death in Cameroon, after malaria. In seven years (2011-2017), the country recorded 21,049 road accidents resulting in 7,203 deaths, according to a Ministry of Transport study. The system considered will reinforce the measures already taken to prevent traffic accidents.