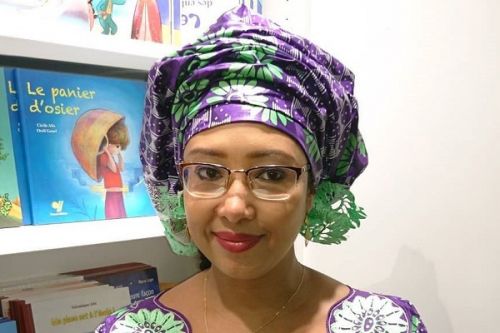 On September 15, Académie Goncourt unveiled the list of its first selection of authors that could win the Goncourt Prize this year. Among them is the Cameroonian Djaïli Amadou Amal.

The 45-year-old author is shortlisted for her novel "Les impatientes", published on September 4 by Emmanuelle Collas in France. She is therefore one of the 15 writers that could win the 2020 edition of the Goncourt Prize, which has been awarded to French-speaking authors since 1903.

The second selection reducing the list of novels shortlisted from 15 to 8 (sometimes 9) will take place on October 6 and the four finalists will be revealed on October 27. The winner will be known on November 4, the academy informs on its websites.

With "Les impatientes", Djaïli Amadou Amal breaks taboos by denouncing the status of women in the northern part of Cameroon. The 300-page book tells the story of three women. Ramla, 17, is separated from her love and forcibly married to Alhaji Issa who is a wealthy but already married man. Hindu (Ramla’s sister), 17, is also forced to marry Mubarak, her cousin who is an alcoholic, a drug user, and a violent man. The third woman is Safira, 35. She is Alhaji Issa's first wife and wants Ramla divorced. For all they are going through, the only advice their relatives give them is to be patient.

Born in 1975 in Maroua, the regional capital of the Far North, Djaïli Amadou Amal has also been forcibly married. At 17, she was the victim of an arranged marriage. As a writer, she became a feminist activist, a sort of voice for the voiceless.

She heads the association "Femmes du Sahel" and in 2019, she won the first edition of the Orange Book Prize in Africa with her novel "Munyal, les larmes de la patience".  “Les impatientes” is a new edition of this novel published in 2017.