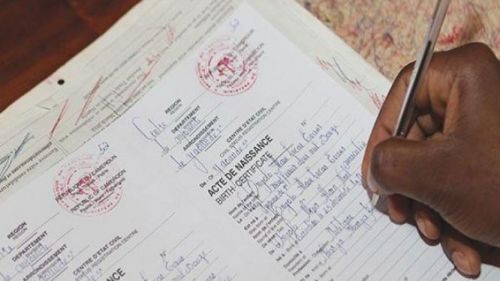 On October 21, in Yaoundé, the National Civil Status Registration Office (BUNEC), the General Delegation for National Security (GDNS), and GIZ organized a seminar to share their experiences on civil status frauds.

Noting that there are reliability and traceability issues in the civil status documents issued in Cameroon, the three actors vetted the illegal mechanisms through which the fraudsters violate procedures.

According to a BUNEC expert, these frauds involve changing parents’ names and creating several similar documents (or even one) without a birth certificate. Some people even create backdate civil status documents to hide their real age.

"The decision to change a civil status record is very often motivated by social pressures related to estate disputes, criminal records, and even poor academic performance," a participant said.

According to GDNS and justice officials, it is hard to detect a counterfeit birth marriage certificate, death certificate, etc. The only way to detect a fake record is to solicit the BUNEC, which is the only body authorized to attest to the authenticity of civil status records.

Given the multitude of maneuvers used by fraudsters, some believe that repression would not be very effective. According to BUNEC, the best way is to raise all the involved parties’ awareness.

The solution, therefore, is to consolidate the civil status registry. Meanwhile, the BUNEC is planning to digitalize the records by assigning a unique identification number to everyone to address problems such as dual identity.