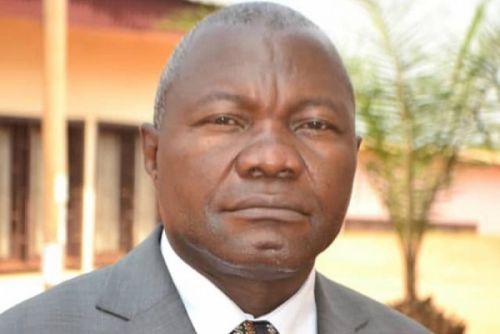 The Minister of Higher Education (MINESUP) Jacques Fame Ndongo recently relieved Prof. Eustache Akono Atangane (photo) of his duties as coordinator of the Ebolowa annex of the University of Yaoundé II-Soa’s Faculty of Law and Political Sciences.

According to a decree signed on August 20, 2020, by the MINESUP, the Professor is replaced by Sedena Akono Omgba, an Associate professor (CAMES) in public law who holds a doctorate obtained at the University of Yaoundé II-Soa, in 2013. Before his promotion, he was working at the Faculty of Law and Political Sciences of the University of Yaoundé II-Soa.

Sources close to the chancellery explain that Prof. Eustache Akono Atangane is being punished for an incident that occurred on August 7, 2020, between him and two alleged thieves within the university.

The video of the incident shared on social media shows the coordinator beating a half-naked man, who was lying on the ground, with a machete.

“At around 7 a.m, one of the university’s support staff, saw some thieves trying to steal in the university. Scared, he informed the coordinator,” Yannick Mbom, the students’ representative explained to daily Mutations.

“To coerce the arrested thief into exposing his accomplice, the coordinator chose to beat the former. During the beating, the thief finally denounced his accomplice who was then caught hiding in a nearby bush,”  Yannick Mbom continued.

On social media, the video angered many users who criticized such beating as a form of mob justice.