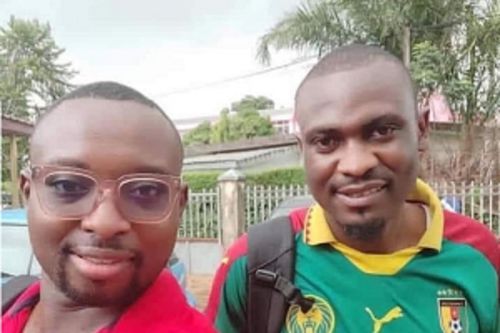 Bonanjo: Two lawyers on 6-months of deferred sentence for rebellion and destruction of public property

On Monday 23, 2020, the Court of First Instance (CFI) of Douala-Bonanjo sentenced Richard Tamfu Ngarka and Armel Tchuemegne Kenmegne, two lawyers registered at the Cameroon Bar, to six-months of deferred prison. Prosecuted for "contempt of court, group rebellion, and destruction of public property," they were found not guilty on the first count and convicted of the offenses of "group rebellion and destruction of public property." Besides the prison sentence, the two lawyers will pay XAF100,000 each.

According to judicial sources, they will be released today, once the administrative procedures are completed and the certificate of release issued.

That day, policemen had to intervene with batons and tear gas to chase away lawyers who were demonstrating to demand the release of two of their colleagues. Several lawyers were injured during this aggressive police intervention.

Let’s note that the verdict comes 48 hours after the special session of the Cameroon Bar Council held on November 21. Convened by Me Claire Atangana Bikouna (Acting President of the Bar Association), the members of the Bar Council decided to stop wearing the robe from November 30 to December 4, and stop any intervention before courts ruling in criminal matters and the constitutional court.