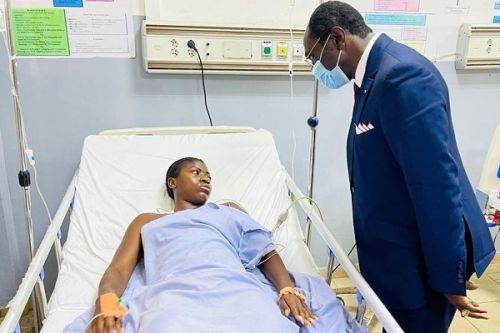 President Paul Biya has instructed the release of XAF84 million for victims of the Olembe tragedy. This was announced on February 23, 2022, by Naseri Paul Bea, governor of the Centre.

The amount is for the beneficiaries of the eight people who died and the 47 injured during the stampede that occurred at Olembe Stadium on January 24, 2022.

That day, people were trying to enter the stadium to watch the match between Cameroon and Comoros in the framework of the round of 16 of the 2021 Africa Cup of Nations.

The envelope is being released just days after some of the victims’ relatives claimed that, unlike what was announced, they had received no support. Their statement referred to the XAF50 million supposedly donated by the national football team to support them.