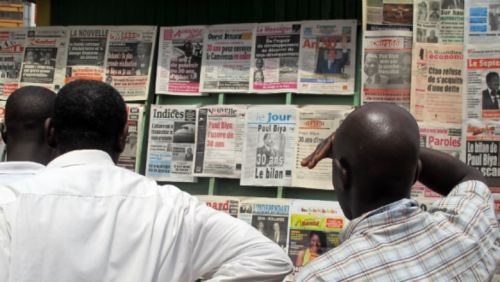 The Cameroonian government recently created a Ministry of Communications (MINCOM)- Association of Cameroon newspaper publishers (REPAC) task force to improve the operating conditions of private media in the country. The task force will collect and centralize all the measures aimed at ensuring the economic viability of the private media. It will also identify and implement the recommendations issued during the 2012 general review of communication that the MINCOM René Emmanuel Sadi indicated in a decree published on May 24, 2021.

The creation of the task force is the result of the meeting held between the MINCOM and the REPAC on April 29, 2021, to find lasting solutions to the problems facing private media in Cameroon. At the end of the meeting, the REPAC decided to suspend the peaceful protest it had planned for May 3 in Yaoundé on the sidelines of the World Press Freedom Day. That protest was, by the way, forbidden by the sub-prefect of Yaoundé I because of the coronavirus pandemic and to preserve social order.

The REPAC was in fact denouncing the non-appliction of suggestions they made nine years ago. It was also pleading for increased institutional support (the new name for the public support granted by the government to private media organizations) granted to written and online private media, which are the most exposed to economic precarity (according to François Mboke, president of the REPAC); an increase, from XAF300 million currently to XAF2 or 3 billion yearly was suggested. The reason, it explains, is to ensure the viability of private media’s operations since the media can disappear because of the low support allocated by the government every year, and also because of the coronavirus pandemic.

In Cameroon, private media receive an average of XAF1 million support from the government. Meanwhile, in Senegal, eligible organizations receive at least XOF15 million, XOF48 million in Côte d’Ivoire, and XOF100 million in Morocco. Since 2015, many private media organizations have regularly rejected the institutional support that they deem too low.