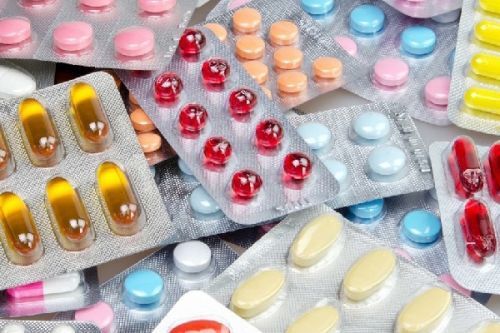 On February 24, in Adamaoua, Ngaoundéré Mobile Customs Brigade seized contraband medicines and arrested two people during a customs check. According to Commander Jude Mofor, who is also the coordinator of the third commandment zone (that covers the northern regions) of the Halcomi Mission (Stop Illegal Trade), the drugs were intercepted thanks to a tip they previously received.

"The counterfeit drugs were bundled in four suitcases as if they were clothes. However, as we were previously tipped, we knew that contraband drugs were hidden in those suitcases. So, we checked and found the drugs," said Commander Mofor, when Stop Bla Bla Cam contacted him today February 26.

"Drugs are regulated and authorizations are required to import them. When you ask for those authorizations and the person smuggling it into the national territory is unable to provide them, we can assume that it is an unlawful possession or irregular drug importation," he added.

Indeed, in Cameroon, to import drugs, importers need authorization from the Ministry of Public Health. Also, a marketing authorization is issued for every new drug after quality controls are performed by the National Laboratory for the Quality Control of Drugs and Expertise (LANACOME). The said authorizations should be presented to customs officials when the drugs are imported into the national territory and an import visa issued by the Ministry of Public Health (Minsanté). These documents must be presented to customs officials at the time of the entry of the drug into the national territory.

However, drug smugglers use various tricks to circumvent the system set up to combat them. This is not the first time contraband drug is seized in the country.

In April 2019, over 150,000 tramadol tablets were seized in Douala along with numerous other counterfeit drugs. Four months later (in August 2019), 483 boxes of contraband drugs smuggled from the Central African Republic were seized in Garoua-Boulaï, in the eastern region.

Also, in April 2020, customs officials seized 210 boxes of counterfeit chloroquine tablets hidden in a truck bound for Yaoundé, from Nigeria. Still, in June 2020, 40 boxes containing 300 packs of counterfeit paracetamol aspirin tablets each were seized in Douala.

Customs officials reportedly seized 624,520 tablets of tramadol (commonly known as Tramol) in Cameroon in 2019. According to the national drug control commission, tramadol is the primary substance second most requested (44.62%) by drug addicts aged 20 to 25 years, after cannabis (58.54%).

The smuggled drugs generally end up on the local market, where they are sold on the streets. According to a study published by the National Order of Pharmacists of Cameroon (ONPC), illegal drugs include counterfeit medicines and medicines that though original, have been imported using illegal channels. For the ONPC, original drugs smuggled using illegal channels represent 25% of the national drug market while 40% of the illegal drugs sold in markets are constituted of counterfeit medicines.

"Seizing prohibited or uncleared products has become our priority. We will take every possible measure to eradicate this scourge affecting the Cameroonian economy," said Norbert Ahidjo, the former head of the Adamaoua Customs sector adding that the Southern part of the country was being flooded by those counterfeit products.