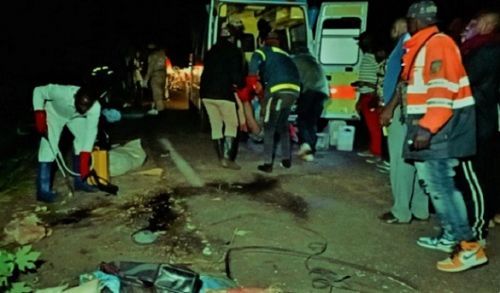 At least 5 dead, about 20 injured in Dschang cliff accident

An accident on the road linking the towns of Dschang and Santchou (West region) has left at least 5 dead and about 20 injured yesterday evening. According to the first observations, the minibus involved in the accident had a defective brake system.

The car was reportedly heading to Kekem from Mbouda on this hillside road when the tragedy happened. Rescuers went down the ravine to pull bodies out of the carcass of the vehicle, according to local sources.

As a reminder, on the night of Jan 26 to 27 this year, a truck transporting bottles of contraband fuel collided with an intercity passenger bus. The two vehicles burst into flames leaving 55 dead and about 30 injured. The accident caused a stir, especially since a few weeks earlier, nearly 40 died and some 20 were injured in an accident on the Bafoussam-Yaoundé road.