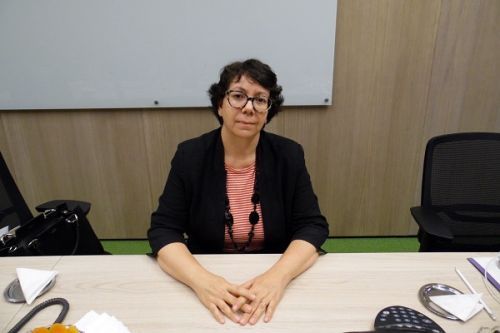 Brazil approved a grant of a little more than CFA1 billion to help Cameroon improve its national civil status system for active citizenship. A convention was signed yesterday in Yaoundé between the Cameroonian Minister of Economy, Alamine Ousmane Mey, the Ambassador of Brazil, Patricia Maria Oliveira Lima (pictured), and the Director General of the National Bureau of Civil Status (Bunec), Alexandre Marie Yomo.

"In 2000, Brazil implemented a national process that allowed it to achieve a registration rate of almost 99%. Cameroon would like to build a system based on that model," Alamine Ousmane Mey said, stressing that the resources provided by Brazil will be used to better provide services such as birth registration, issuing of birth certificates, and helping the citizen in their life, etc.

However, the national system remains manual and does not yet allow the state to give each Cameroonian an indisputable civil identity and produce reliable data on the population. “To remedy this situation, the government plans a computerized management of civil status, with the resumption of the anteriority of civil status records oriented towards the digitization and entry of identification data of civil status records," Alexandre Marie Yomo explained in an interview with Cameroon Tribune last March.