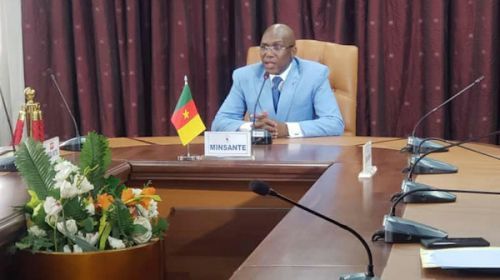 Cameroon expands the target population for its COVID-19 vaccination campaign

"I have the honor to ask you to expand the initial target to other groups other than health workers. The following groups are concerned: health personnel over 18 years of age, over-18 people living with comorbidities, and over-50 residents," the official wrote.

The official explains that the target population is being expanded following the reception and distribution of 391,200 doses of AstraZeneca.

"Given the urgency to vaccinate at least 70% of the target groups, an intensive vaccination campaign will be held from April 28 to May 2 in all the 243 fixed and mobile vaccination centers all over the country," the letter reads.

Cameroon launched its Covid-19 vaccination campaign on April 12, one day after the arrival of the 200,000 doses of the Chinese vaccine Sinopharm offered by China. Cameroon's strategy is to first vaccinate frontline health workers."The primary objective is to protect the health personnel on the front lines for almost a year now. We believe that people like I, who have recently taken their vaccination cards and taken their first dose are more protected against the virus," the official said the day the campaign was launched.

According to the vaccination plan, people most exposed and/or at risk of being exposed to serious forms of the disease are the main targets for the time being. This includes community health workers (CHWs), people with co-morbidities (hypertension, diabetes, respiratory pathologies, obesity), people over 50 years old, security personnel, teachers, and health workers.

Apart from the target groups, several people (officials, political actors, teachers, and association leaders) voluntarily got vaccinated. So, public authorities encourage residents to get vaccinated in due course.