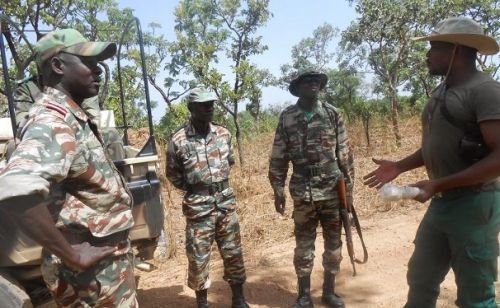 Security forces intensify operations inside the Benoue National Park, considered as a breeding ground for insecurity

On May 21, 2021, Cameroonian defense forces raided the Benoue National Park to comb for the criminals and illegal miners settled within the park. According to regional tri-weekly L'oeil du Sahel, during the operation, about forty clandestine artisanal miners were arrested and handed over to constable authorities but numerous criminals escaped. Also, four camps were destroyed and some equipment was recovered.

"The operations fall within the framework of a memorandum of understanding between the Ministry of Defense and the Ministry of Forests and Wildlife. In that regard, the agents of the Ministry of defense and security forces are providing support for nature conservation,” explains Achille Mengamenya, curator of the Benue National Park to L'oeil du Sahel.

He adds that the Benoue National Park, which is part of the Great Northern Landscape Conservation Cooperative that includes Bouba Ndjidda National Park and the Faro National Park, is facing several threats and pressures.

The threats include illegal gold panning. According to the curator, this illegal activity carried out by Cameroonians and foreigners from neighboring Chad and West Africa, is growing. "They are even moving towards semi-industrialization with large machines. For the time being, only small gold miners are being caught,” he says.

He further indicates that farming activities are also thriving in the park, exposing the protected space to alterations of the natural environment, destruction, and deforestation.

The magnitude of the clandestine gold mining

According to Colonel Dominique Njoka, commander of the 31st motorized brigade, the extent of the illegal gold mining phenomenon inside the park can be assessed with the equipment seized, namely, gold detectors, bikes, motor pumps, shovels, picks, etc…

“In the North and the Adamaoua, parks are breeding grounds for insecurity. Those areas have become hideouts for people who kidnap their peers and steal livestock. The victims are usually taken to those parks,” the Cameroonian army indicates.