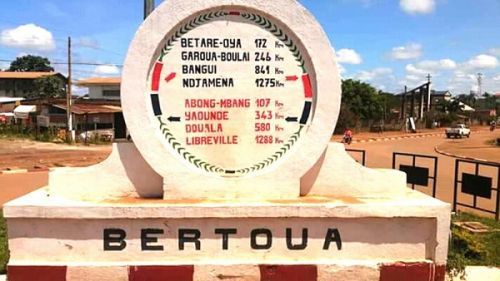 The construction of the Mokolo 2 market at the entrance to the city of Bertoua, the Capital of the East region, is suspended. The French Development Agency (AFD), which funded the work, has discovered that the site housing the infrastructure is at the heart of a dispute over compensation for the owner.

In a letter sent to the city's mayor on September 10, AFD Deputy Country Director Nicolas Willemen spoke of "non-compliance with our procedures, which provide for the securing of land before work begins." He specified that as part of this project, "Mr. Nyanding Ngba Joël had lodged a complaint with AFD about the non-respect of his property rights on the land on which this project is located.”

Nicolas Willemen said Jean Marie Dimbele, the mayor of Bertoua, had engaged in negotiations with the landowner and the conclusion of their talk was mentioned in a report on February 03, 2021. “The resolutions of the agreement reached between the two parties were then to be definitively acted upon during the community council held on June 25, 2021,” he said.

According to the minutes of this meeting, the mayor's office had undertaken to compensate the owner by giving him a one-hectare plot of land in the Koumé-Bonis neighborhood at the southern entrance to Bertoua. The mayor signed the certificate of donation on March 11, 2021, and should subsequently transfer CFA25 million to Joel Nyanding Ngba. The money represents, according to the agreement, the acquisition costs of this piece of land and the legal costs incurred by the plaintiff against the family that had sold him the plot. But the city council said the money could only be paid next year due to strain on cash flow.

The CFA480 million Mokolo 2 deal, is part of the "Contract for Debt Reduction-Development-Regional Capitals (C2D-RC)" program valued at about CFA25,247 billion. These projects are being carried out in Bafoussam, Garoua, and Bertoua.

Let’s recall that the Mokolo 2 market was due for completion by early October 2021.