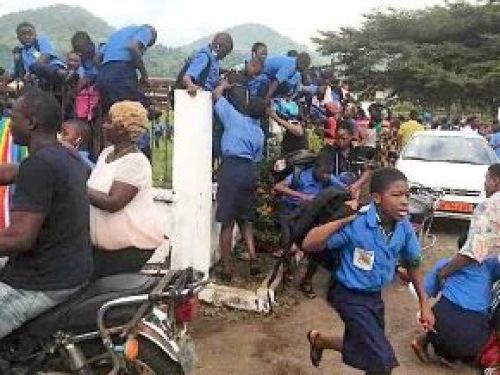 Rumors of an attack by secessionist groups in Limbé and Ombé, South-West region, on Tuesday, October 27, caused panic among the populations.

After the "dead cities" imposed on the English-speaking regions every Monday by the secessionists, life had resumed its course in Limbe. But some parents who were still afraid did not let their children go to school and “because of the very small number of students in her school, the director of the Scitege Bilingual in Mutengene asked students to return home. The same thing happened at the Technical High School of Ombe, the Bilingual High School of Tiko and the Public School of Likumba," a local source reports.

The attack rumor was sparked when the wheels of a car burst and people thought it was a shotgun blast. "This created panic in the city, making some people believe that the secessionists were attacking us,” the source said.

In the English-speaking regions of the North-West and South-West, which have been going through an unprecedented crisis since 2016, the fears of parents have gone up a notch, especially after the attack on October 24 in Kumba where an armed militia fired at point-blank range at children in a classroom. Following this tragedy, the Head of state Paul Biya instructed Paul Atanga Nji, the Minister of Territorial Administration, Pauline Nalova Lyonga, the Minister of Secondary Education and Laurent Serge Etoundi Ngoa, the Minister of Basic Education, to conduct a mission aimed at reassuring the population and encouraging parents to send their children back to school.