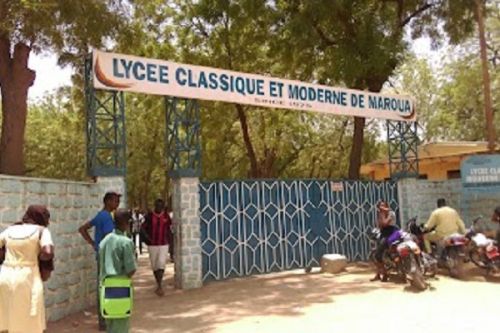 Classes are yet to resume although the strike has ended

Classes are yet to resume in Cameroon’s high schools although the collective "On a trop supporté" (OTS) has suspended the strike.

A school inspector in Maroua, Far North region, noticed a timid school resumption. “I saw some of the students of Domayo High School go home at about 10 am,” he said. The strike was well observed in the three regions of the Far North and the West. In Maroua, “all high schools were closed except for private schools where teachers are paid per task,” said the inspector.

However, he believes that his colleagues will indeed resume classes in the next few days to avoid a lost year. He called on the government to fulfill the promises made to teachers. According to a striker, classes will indeed resume very soon because “many teachers fear they will be deprived of their salaries, as Gregoire Owona, Minister of Labor and Social Security, threatened those who continue the strike. The minister recently made a statement saying that only those who work will receive a salary.

While some are ready to resume work, others, on the other hand, refuse to give in. They say they will continue with the strike until the government pays all the arrears due to teachers and revises the special status.

By the end of this month, 20,449 teachers who were receiving only two-thirds of their salaries had begun receiving them in full, according to the Ministry of Finance. Also, 5,289 teachers who have not yet received the non-accommodation allowance have begun receiving it. The clearance of arrears due to these two categories should begin in May, the ministry said.