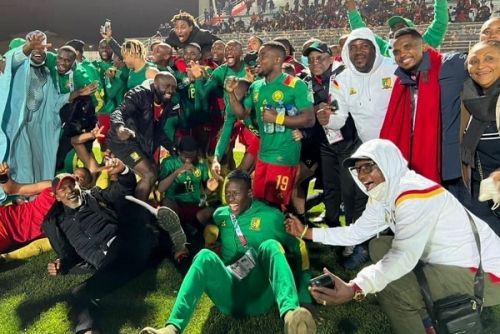 Beaten at home during the first leg of the play-off by Algeria (0-1), Cameroon took its revenge yesterday in Blida. The game ended on a score of 2-1 in favor of the Indomitable Lions thanks to a goal by Karl Toko Ekambi in the last seconds of the extra time.

“You have proved, once again, that impossible is not Cameroon,” President Paul Biya posted on social media. The Indomitable Lions will know their opponents for the group phase during the draw of the final phase that will take place next Friday in Doha, Qatar.