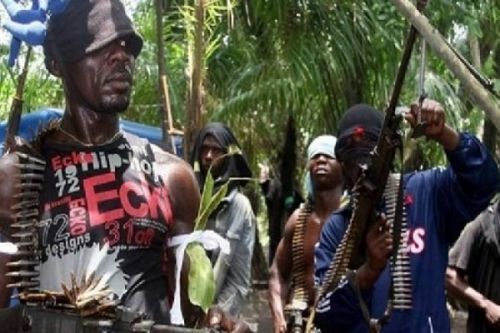 In an audio message shared on his Facebook page Today November 30, 2021, Capo Daniel, one of the leaders of the Ambazonia Defense Force (ADF) confirmed his militia has kidnapped Camwater’s regional manager for the NorthWest. To release the regional manager, ADF is demanding a XAF10 million ransom.

Capo Daniel blames the regional manager for continuing to operate in what separatists consider their ‘territory’. "Camwater must pay XAF10 million this year for his release and stop collecting money for the use of public taps. Public taps must be free of charge for every Ambazonian citizen," he wrote.

He further threatened to extend the “free service” measure to all of the firms and multinationals operating in the Northwest.

Separatist militias operating in the northwest and southwest regions regularly kidnap residents and executives to extort ransoms. For many experts, their rebellion is mostly funded by the ransoms.

Last June, at least six regional delegates were kidnapped in Ndian, southwest. One of them was killed a few hours later and the separatists demanded XAF60 million ransom to free the remaining regional officials. According to military authorities, the abducted officials are still being held hostage.