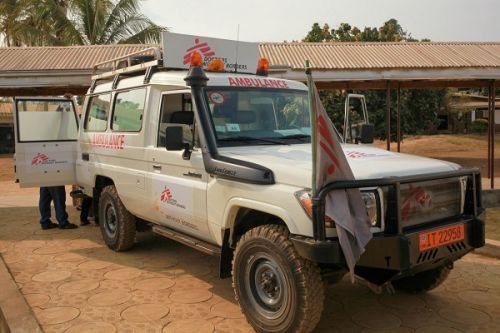 NGO Doctors Without Borders (MSF) announced it is leaving the town of Fotokol, located more than 300 km north of Maroua (Far North). The deputy district authority, Hamidou Hamadou, confirmed the information, stating that MSF had notified him of their departure. Several NGO vehicles full of office equipment already left the town.

The mayor of Fotokol, Ramat Moussa, said that MSF gave security reasons for its departure. The organization denounced the kidnapping of five of its staff members last February by gunmen. However, authorities in the city dispute this narrative and accuse MSF of lying about the kidnapping. When contacted by SBBC about these accusations, MSF did not wish to respond.

In Cameroon, relations between MSF and the government are not going well. In August 2020, the government accused MSF of supporting separatist militias in the northwest. The case led to the suspension of the NGO's activities in that region by the governor of the Northwest. Despite the intervention of the MSF Executive Director Stephen Cornish, who traveled to Yaoundé in May 2021, this suspension was not lifted. In August 2021, MSF finally announced its withdrawal from the region.

Later, in December 2021, the NGO was again accused of colluding with separatists in the Southwest region. Four people were arrested and detained in Buea. On April 5 this year, MSF suspended its activities in the region in protest. Two of those arrested were released on May 20.