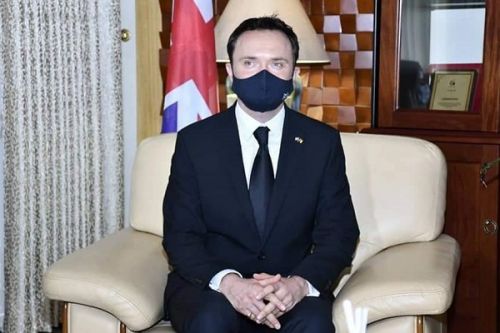 “ I’m not sure I have specifically heard the calls around repatriation,” the diplomat said.

“Where those actions contravene domestic law, wherever those hate speech remarks are made in the US, UK or any other jurisdiction, it is up to the local police and judicial processes to prosecute individuals who pass the bar for investigation,” he explained.  Speaking about the “actions” of the diaspora spreading violence, the diplomat indicated that the actions are “very unhelpful”.

As far as solutions likely to end the conflict are concerned, the British high commissioner believes that dialogue is the most efficient way. “Regarding the most effective way of reducing violence and finding durable solutions to a conflict, foreign stakeholders whether that be neighbouring countries or those in Europe or America, can play constructive roles in facilitating dialogue and mediation and peace processes. We will always offer to provide engagement and support to viable processes that support dialogue,” he added.

This interview comes days after Minister of Foreign Affairs Lejeune Mbella Mbella met with about sixty accredited ambassadors in Yaoundé. During the meeting held on October 28, 2021, the official discussed the anglophone crisis and once again appealed for the repatriation of people who fuel the crisis from abroad.

"Negotiations are underway with some of your countries to prosecute some Cameroonians of the diaspora who, capitalizing on the distance and comfort offered by host countries, openly promote hate speech and fuel tribal tensions through many digital platforms,” Minister Lejeune Mbella Mbella said.