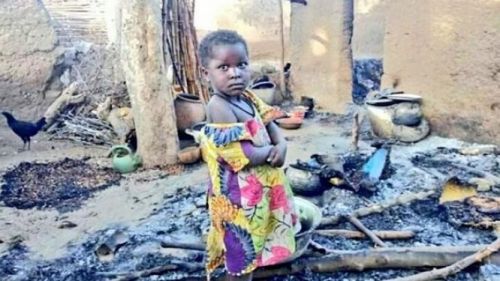 The Ngarbuh trial is stalling two years after the massacre, the Human Rights Watch (HRW) reveals in a release published yesterday February 14. Indeed, in the 14 months the trial has lasted now, only two family members have testified before the Yaoundé military court in charge of the trial.  For the HRW, “the slow pace raises concerns about the justice system’s efficiency and ability to deliver justice to the victims."

Meanwhile, the African Commission on Human and Peoples' Rights (ACHPR)- the main judicial body that protects human rights in Africa- quoted by the HRW, states that "all investigations must be prompt, impartial, thorough and transparent.”

In its release, the HRW notes the contrast between this trial, which is not moving forward, and the seriousness of the crimes. The massacre being tried occurred on the night of February 13-14, 2020, in Ngarbuh leading to the death of some twenty people (the death toll varies from one source to the other). In one of its reports, the HRW mentioned 21 victims, including thirteen children and a pregnant woman. According to the report, the casualties include burned houses, properties looted and people being beaten.  For the same source, the killers were elements of the 52nd Motorized Intervention Battalion (BIM) and Mbororo pastoralists, members of a vigilance committee.

The accused are specifically a sergeant, a private first class from the 52nd BIM, and 17 members of the vigilance committee. According to HRW, one of the main reasons delaying the case is the 450-kilometer distance between Yaoundé where the military court is located and Ngarbuh where the massacre took place. Given the distance, it is hard for victims and family members to come to Yaoundé to testify, the human rights organization indicates.

In March 2021, victims’ lawyers pleaded for the trial to be held in Bamenda, closer to Ngarbuh. They based this demand on Article 189 of the Cameroonian criminal procedure code which provides that “when the witness is unable to appear before courts, the examining magistrate can either go meet the latter or set up a rogatory commission to do it per the provisions of articles 191 to 196.”

In February 2021, almost one year after the incident, the family members of those killed during the Ngarbuh massacre received financial, food, and material support from the president of the Republic. According to state media CRTV, every family received an envelope of XAF5 million as well as foodstuffs (bags of rice and refined oil), buckets, and soap.