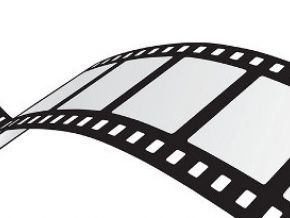 Is it true that there has never been an animated feature film produced by a Cameroonian?

It is being said that the first ever Cameroonian featured cartoon will come out in November. True?

Termed as the first animated feature film made by a Cameroonian, “Minga et la cuillère cassée” was announced for November 2017. This is incorrect!

Truth is Cameroon released its first feature animated movie in 2015, “Turbulences”. The film is 113 minutes long and was directed and produced by Daniel Kamwa. It was shown at Yaoundé’s French institute in June 2015. It was, incidentally, the first 3D cartoon produced in sub-Saharan Africa.

“Turbulences” raised the critical problem of immigration. Indeed, Daniel Kamwa, the producer tried in his movie to understand the reason why “so many men and women, Africans mostly, want to leave their countries with their children sometimes, seeking a presumed greener pasture when people always say that Africa is the world's future”.

This said, so many Cameroonians don't watch featured cartoons in theaters and, the production cost is high. Featured cartoons are thus in its early stages so, cartoon producers' prefer short animated movies, of less than 46 minutes. This is the case of Jérôme Soffo who received many awards for his short cartoon movie “Baobab". He won the Africa Movie Academy Award for Best Animation at the Silicon Valley's African festival in the United States in 2016.