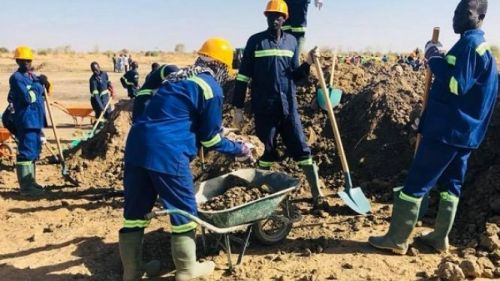 The second phase of the labor-intensive operation (HIMO) implemented since 2016 in the Far North by the National Participatory Development Program (PNDP) is coming to an end next March 20.

Endowed with CFA6.5billion thanks to a financing agreement signed between the French Development Agency (AFD) and the Ministry of Economy, Planning and Land Management, this phase has helped “reduce juvenile delinquency and theft in the villages thanks to the occupation of young people,” according to Marie Madeleine Nga, national coordinator of the PNDP.

Roger Saffo, the secretary-general of the Far North Governor’s Office, agrees, saying; “overall, I can say that this initiative has made a major contribution to the fight against poverty and unemployment. The HIMO approach has occupied the young people who were in the process of being recruited by the Boko Haram sect.”

The PNDP national coordination recalls that the HIMO operation was designed to act as a brake on the recruitment of young people by this terrorist sect, which has been operating in the Far North for nearly a decade.

Since the launch of the first phase in 2015, Marie Madeleine Nga points out, HIMO has led to the creation of more than 4,000 jobs in eleven municipalities in the Far North. She said the third phase, which will receive CFA10 billion from the AFD, will soon start.