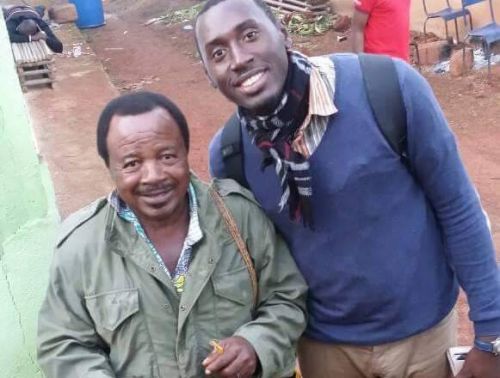 Is this a picture of Paul Biya’s junior brother ?

It is said that the man in this image is the last born of Etienne Mvondo Assam. True?

Paul Biya has many doubles in Cameroon and certainly abroad. The new discovery of internet users is this smiling man as tall as a child.

Even though the resemblance is striking, he is not the junior brother of Paul Biya. He is not even one of the 8 children (most of them have passed away) of Etienne Mvondo Assam and Anastasie Eyenga, the defunct parents of Cameroon’s president.

The president’s junior brother is 80 (the president is 85) and he is peacefully living in Mvomeka’a, his childhood village.  The man in the picture, however, is obviously a middle-aged man near 60.

Compared to Paul Biya’s junior, he is just a young man. This said, even though we don’t have the name of this umpteenth double, we know that he lives in Baham, in the western region.