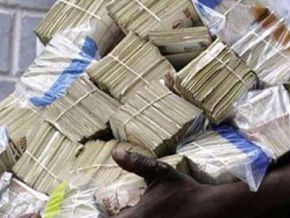 Are public funds often embezzled under fake projects in Cameroon?

Some believe embezzlement really occurs in the public administration

It was said by a member of the government so it is worth its weight in gold. His words just align with thoughts of most all across the country, about embezzlement within Cameroon’s public administration.

Last September 4 and 5, in Accra (Ghana), Cameroon’s minister of economy, Louis Paul Motaze, who was representing his country at the 26th annual session of the Africa Capacity Building Foundation, related a little story to portray embezzlement in Central African country.

“One day, some of my co-workers came to tell him that some funds were needed to build the walls of a kindergarten in one of our municipalities. So I put the funds at their disposal. Few days later, I received a letter from the mayor of the concerned municipality who, confirming the reception of the funds, said he was surprised by the initiative, given that there was no kindergarten in his municipality”. This story told by M. Motaze is proof of how funds are often embezzled in Cameroon.