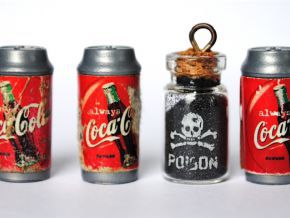 It is said that some people have died from eating pineapple and drinking Coca-Cola but, it is mistaken for poisoning.

For some time now, a message shared on Whatsapp warns against eating pineapple while drinking Coca-Cola.

The message in question cautions users that drinking Coca-Cola after they have eaten pineapple as dessert can kill them; that the mix of the two is lethal and, has been the cause of many deaths mistakenly believed as cases of poisoning.

Coming from Facebook where it made the buzz during the first quarter of 2016, this message has been revived by some blogs and some satirical news and entertainment websites like buzzdubuzz and buzz4net .

Example of a message of caution

It is a misinformation because first, there’s no scientific research to prove its veracity, and also, apart from this warning, there are no other caution messages.

Some people, however, said that they have eaten pineapple and drunk Coca-Cola at the same time.  This is the case of Gina Asong who is addicted to Coca-Cola Zéro and fruits.  "I set my workspace at home. Every time I feel sleepy, I drink Coca Zero and eat fruits at the same time to keep myself fit. At times, I do eat pineapple on those occasions and, up till now, I have never felt anything, even a bellyache".

Moreover, there are popular cocktails in some parts of the world which include those two juices; the Kon-Tiki and the Lola for instance.