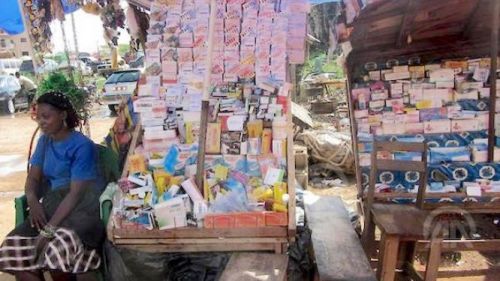 The sale of medicines on the street is prohibited in Cameroon, as in many other countries on the continent. Though people do not respect the regulation, the practice is indeed banned.

Article 53 of Act No. 90/035 of 10 August 1990 on the exercise and organization of the profession of pharmacist in Cameroon stipulates that no one, even a pharmacy diploma holder, is allowed to distribute medecines on public roads, at fairs and markets.

A reminder of this was made by the Minister of Public Health, Manaouda Malachie, in a press release issued on July 10, 2019. In this address, the Minister “draws the attention of those who carry out this illegal activity in stalls, kiosks, pro-pharmacies or even illegal storage stores, that they are liable to prosecution,” in accordance with the law.

The illegal sale of medicines also affects people’s health and the economy, since 40% of the drugs sold in Cameroon are smuggled, according to official data.

The minister intends to put an end to it with the operationalization of a squad to combat such practice. The squad’s mission is to “systematically seize and destroy these drugs and products, with the support of other administrations concerned.”